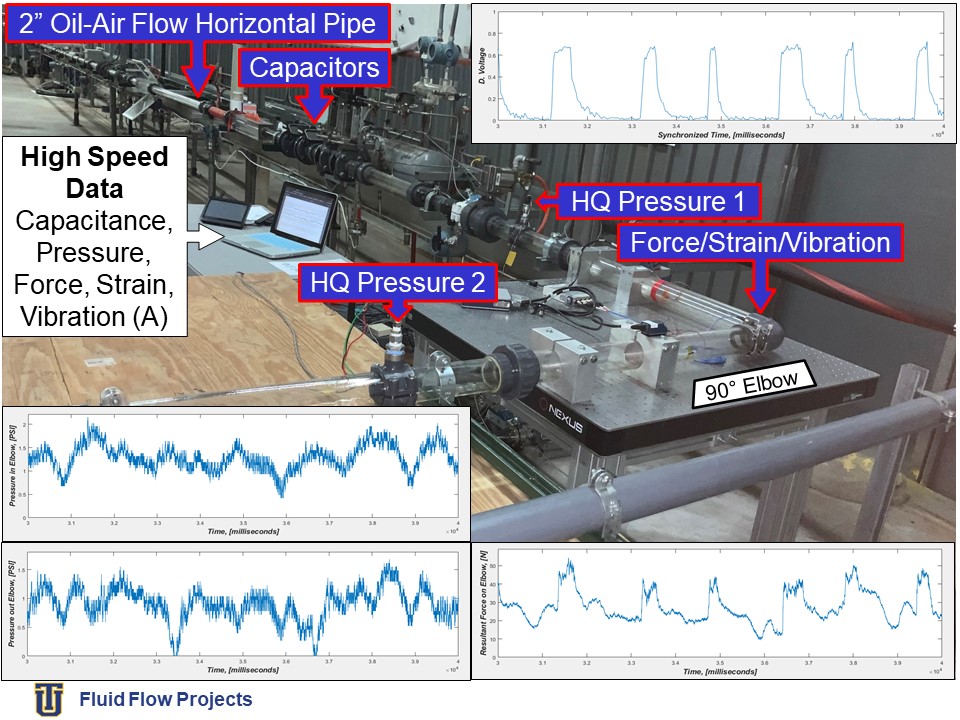 Agenda is as follows:

This should last no longer than an hour.

Presentation Details
Presenter: Cesar Garcia (TUFFP)
Authors: Garcia C. A. (TUFFP), Nemoto R. (TUFFP), Pereyra E. (TUFFP), Korelstein L. (PASS), Sarica C. (TUFFP)
“Two-Phase Flow-Induced Forces in Pipes Horizontal-Horizontal Elbow” Understanding the force fluctuations in an elbow is the critical importance for piping system design, especially for multiphase flow applications. The fluid velocity and pressure variations in time are responsible for the generation of the structural forces. The University of Tulsa Fluid Flow Project (TUFFP) has initiated an effort to further the understanding of inducing forces in elbows. A new experimental facility has been built where flow parameters, structural forces, up and downstream pressures can be measured simultaneously. Different flow patterns can be considered in the new facility, and the results show the density and velocity of coherent flow structures are important. Additionally, pressure fluctuations in the elbow became important for the estimation of the force in certain flow patterns.”